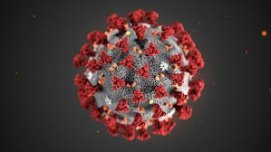 Coronavirus this unknown on which expenses were rivers of words not taking into account that the layman not having the scientific and medical knowledge of a virologist would be alarmed and would surely have been able to undermine the entire national system.

The coronavirus, this unknown why Italy, which at first seemed to have taken the right path belittling alarmism but making it clear that science could quickly remedy, during the evolution of the pandemic has made several reverse at the hands of its rulers, reaching close to the Chinese scheduled airports.

Unfortunately it has highlighted the lack of information but especially the lack of a Europe that now only serves to perpetuate the political salaries that no longer serve anyone because the European dream was shattered in favor of monetary dream.

In short, Europe is the union of states put together only from taxes, which punishes anyone who does not intend to submit to his strange claims that the use of powdered milk instead of fresh milk to make cheese, the size of clams the dell’ittico size caught in the sea and countless amenities that do not serve the evolving and the union of a great European nation as it is the United States of America, but only to embarrass certain States in favor of others who strangely the decisions pilot.

The Italian policy was certainly not up to the task as it is made to take collective hysteria and instead of moderation by the events that followed one another rapidly, has seen fit to feed even more people’s concerns with behavior and words truly despicable used especially during some interviews to his Prime Minister Giuseppe Conte.

The coronavirus, this unknown who looks out silently, has served to highlight the enormous divisions that exist between the Central Government and Italian Regions but also has brought to light the true purpose of government should administer one of the most beautiful countries in the world for tourism .

The coronavirus has won the Italian political system and helped to destroy the only sure way that the beautiful country could and should exploit to impalement States having only to envy the Italian beauties because in Italy there you go for good and healthy table that feeds everyone respecting the canons of Mediterranean food.

Italy has always been considered an open air museum because of the coronavirus, where ignorance of its citizens and voluntary ineptitude of its politicians, ended up losing the only train that could revive the fortunes of its south, battered and it has always been used by politicians and friends of political entrepreneurs who have stripped the economy by drawing on state subsidies of the past and the pleasures of the present.

Italy was the only country that has carried out more than 8,000 (eight thousand) controls on its citizens and residents and it is obvious that more cases of coronavirus, this unknown that has allowed to highlight him of a majority of cases, unlike other European states that have made a vastly smaller number by highlighting a few cases but … ..in the future there will be crying when you discover that the Germanic power and haughty France had probably suffered more damage from the pandemic.

The problem of Italians is that they do not like and do not appreciate their country, unlike other inhabitants of neighboring countries, take every opportunity to discuss and shoot zero on Italian problems are no different than those of other states, but, unlike other , they are also accused of being sovranisti and nationalists.

The coronavirus has bent not only companies of northern Italy, but has also generated a phobia that has spread abroad and the words of President Conte have favored those who had every incentive to take down the only chance he had the Bel Paese to lift his head.

A left vulgar and old, accustomed to favor friends of friends and not to listen to the opposition only to avoid having to admit mistakes, managed to destroy in a few days the reduced recovery of the Italian GDP now in its death throes and encourage foreign markets by breaking down even companies listed with more negative outcomes.

The coronavirus has continued its battle against the Chinese giant but also highlighted the carelessness and lack of information and development in medical technologies of the European states, where countries like Cuba, but especially Israel fielded and available to other States, methodologies of defense against this type of virus that is little more than a cold lately as some Italian ministers said, but it is not the end of mankind.

With the coronavirus has highlighted the problem of a welfarist state incapable of serious recovery of the country Italy but only able to cut funds for university research, hospital and private, focusing only on the tax more not to fix the accounts of a State to the default limit, but to swell the coffers of non-Governmental Organizations (NGOs), and to pay the trumpet pleasures of politics, offer a basic income that is not the salvation for the citizens but only a pittance of State instead of creating places labor, lower taxes, hitting hard on the tax wedge and not lead Italy to a financial police state that does not need to absolutely nothing.

More than this unknown coronavirus, we should say: “Italy, get up and you kick those looking to destroy you”

They highlighted racist incidents where Italians, first offending repeatedly and heavily unarmed Chinese citizens guilty only of living under a Communist dictatorship (what I like so much the Italian left), gathered then to be themselves subject to problems linked to the racism, in the same way as they have always behaved with who was different or Israelite religion.

How much hypocrisy we could see through the coronavirus, all in all this virus was not at all a curse, but only half that highlighted all existing flaws in a country that should be more loved, considered for their history and for their potential and not despised.

But there is a great absence, the one who could have one word to silence all Italian politicians, but that did not lift a finger, indeed, did not say anything except the occasional appearance: “The President of the Republic”, the last bastion in Italians they believe that on this occasion were deeply disappointed.

The coronavirus has won the Italian system did cancel events, fairs important for Italian furniture and many other initiatives that have crippled the economy of a state already skewed by a poor if not culpably deliberate maladministration.

Too bad, missed opportunity for Italy and for its entrepreneurs and citizens, an opportunity that could have put the economy of the country at stake, at times, casts doubt on the good faith of its directors and one wonders if do not play in betting on the stock market negativity to profit even more.

The coronavirus has also highlighted all the good will, hard work and above all the preparation of a health sector that should be further assisted economically and which needs to not be subject to unnecessary investigations of some judge that not knowing how to engage his time opens investigations into nonsensical thinking to pick up in the dock coronavirus bench.

All the tourism sector has been cornered by coronavirus, this unknown who has managed to bring down hotel among the most beautiful and luxurious that have undergone a tremendous financial hit with a 90% of cancellations, and all for the words of a man who represents the Italian power that he got caught by the hysteria thinking of hitting even those opposed to his game of armchairs at Palazzo Chigi.

It certainly did not help the televised presentation made by the President of the Lombardy Region who, wearing a surgical mask, generated panic both in Italy and abroad with media exaltation given by the most important international newspapers, causing the ban on citizens Italians accused of being unters like the Chinese with relative huge loss for the Italian tourism IN and OUT.

The Italian press is not immune to criticism because of looting and lack of arguments has seen fit to spend pages and pages hitting hard on the Italian system, and taking every opportunity to denigrate him and broadcast transmissions mismanaged and especially of transmission, not maintaining the objectivity and distance that a good reporter should also always bear in mind going against the editorial line that has been imposed.

Numerous flights were canceled for both arrivals and departures for the damage that had already folded and the airlines but also the sea, you will be felt soon with the loss of many jobs.

Who knows, maybe the coronavirus has tried to put things in place in Italy and in Europe, making it clear to Europeans that if the European Union is immediately restored and the laws that govern the states, maybe it really is better to take a cue from England and go back to being sovereign and democratic while living in harmony with others but closing with a union of states based only monetary unit ?