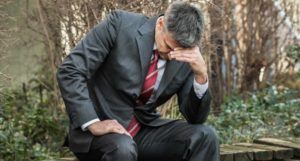 Loss of work, a serious social problem that is crossing Europe, but above all an Italy brought to its knees by a Christian Democrat past that has only known how to put this country in debt for the next generations and that has led with the new governments only to be more alone, closed in its miseries and its sadness hidden from the world and that no one cares about it Â

Loss of work for many in the last decade has been equivalent to the ruin of Italy, companies that from evening to morning closed their doors leaving workers and managers in the middle of a street, often with the problem of getting to the next month and very often with dependent families for which the father who should have been concerned did not know what solutions could exist in his future.

The more days went by, the more the ex-occupied man tried to retire up, continuing to lose every battle against his future, having to adapt to hardships and trying not to let his family, his children, live on.

Curriculum Vitae of all respect, of people who had dedicated their lives to work, understanding that only that could make their happiness, lost all sense and one realized that what he had tried so hard to build for his future and that of his family had crumbled like a badly made concrete and realized that all his work experience no longer mattered because of the only thing he had always cared about and that had betrayed him: “work”.

Men who in silence, secluded in a garden or on the seashore where no one could notice them, passing unnoticed by everyone, had their eyes lost in nothingness, no longer observed anything and were confined in their own suffering, people who had counted, who had had power in their hands and who had also managed it well with fairness and understanding, found themselves emptied inside, questioned their own abilities and choices, became aware that the loss of their job, the only thing they really cared about, had destroyed them by betraying all their dreams and hopes.

We talk a lot about workers, but we never talk about managers who have put all of themselves at stake for companies not their own and very often for companies also owned, finding themselves after so much effort with a handful of flies in the hand, often with mortgages to pay, with bills that accumulate or with rents that will never be able to pay, but nobody wants to talk about this or when you do, you already have answers of psychologists beautiful and pre-packaged that serve absolutely nothing.

The loss of a job is the loss of one’s dignity, the plunging into silence and acceptance, having to lean on someone to solve tomorrow, having to cancel one’s experiences from one’s curriculum vitae because maybe one has the hope of being able to start again from the bottom but…. only hope and nothing more.

Bitter tears that silently scratch the face of many people, dictated by past thoughts, by the many victories and many sacrifices in the name of that company for which they lived and in which they believed, sometimes wrong choices that led even entrepreneurs to see their lives changed, to lose their jobs too, Tears in the silence of the night where no one can observe us, which create a lump at the throat but which must disappear quickly to hide everything from their family and not make them lose hope, tears hidden from wives, children, family members and the whole world, which descend along so many faces aged by time.

This is the real Italian situation that the various governments don’t give a damn about, thinking only of their electoral laws, their little scandals, their petty scandals, which for those who find themselves in the situation of losing their jobs doesn’t make tomorrow any easier for them, but makes them feel even more out of a society that in the end rejected them and marginalized them.

An Italy that hides how much pain in the lives of many Italians, pain well hidden by false smiles and many sentences of circumstance, pain hidden from others by taking refuge at home and looking for solutions.

One often wonders why everything was solved at all, why were the most impossible solutions found that were then positive for others and with the loss of work one cannot find a solution for oneself?

With the loss of your job you no longer have a chance, you look at your age and you realize that what should be the strength of experience becomes an impassable wall and as the Americans say: “you are fired”, you are burned and you will hardly be able to get up.

With the loss of the job, slowly the individual does not realize it almost but time seems to flow faster and also the physical and psychological forces of the person slowly get lost, you lose all energy to continue to fight against a life that has put you in a position where you can’t get back on your feet.