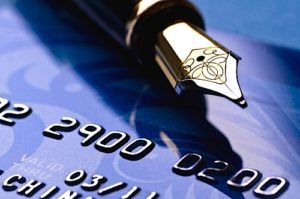 Offshore bank accounts are the solution in case of personal bankruptcy or your state or serious difficulty Institute of Banking Credit of a European State or any asset, or the difficulties of opening account in EnglandĀ

The Offshore bank accounts are the only lifeline in the event of a bank failure, or serious threat to an asset or risk of default of your country, as it is not possible for the banking institution or the State of affiliation , to get their hands on the money capital deposited outside the European Union or in a EU country with high confidence, that even in the event of the failure of a State or the loss of bank reliability.

But this word: Offshore bank accounts” does it really mean?

The offshore bank accounts will not open in heavenly places of some kind of remote island, but are opened just in foreign countries to your state, in fact “offshore” bank accounts means exactly “foreign” bank accounts, ie away from the State of belonging, so do not be strange and fantastic ideas.

For the opening of offshore bank accounts, the SHADOIT BUSINESS CONSULTANCY LTD has prepared various brokerage packages, remaining always available to provide information for special requests via CONTACT US.

Often they did believe, and it is not farfetched the idea of ā€‹ā€‹reason, that the movement of large sums of money were not legal but that does not correspond absolutely true.

The offshore bank accounts are also important for employees, retirees, professionals who do not want to see themselves evaporate overnight i their financial assets, their salaries due to bad checks carried out or not carried out by the central Bank of your country, but are also necessary for those who had financial or bankruptcy bankruptcy proceedings, protests, kidnappings at the hands of tax agencies, which hardly will dip into their capital immediately.

The movement of capital is possible with a bank transfer from your current bank deposit, the offshore destination bank and, if as a result of aggressive taxation, the body responsible should ask ourselves the reason for this shift, the answer is simpler as you can imagine, “as a result of ventilated dangers for some European banks and some European States, I moved my money at the bank in another European country or outside Europe, and we will declare the movement as provided for by legal regulations into force. “

It obvious that the move recommended by us must not exceed 40.000 to transfer euros, or better yet, use the MT that have a service that sets banks use to move large amounts of money, to avoid excessive handling charges (European banks apply a handling charge quite high and vary from institute to institute), but you can always move even very large sums and our financial advisors are always on hand to protect bank savings and the customer’s assets enabling you to act within the law and in ways banker correct.

One caveat is that we need to do for the Italian citizen is not much different, as will be sufficient during the tax return for the following year, to fill out properly from your tax consultant RW framework and the PF pane, indicating What Banking Institute, in which country are our capital, the coordinates of your offshore bank accounts and how much is the average balance, paying only a fee of Euro 34,20 (IVAFE) for each inmate account.

The SHADOIT BUSINESS CONSULTANCY LTD is interested in the opening of offshore bank accounts for the ordinary European citizen, for the company, for the employee who intends to be credited their salaries through agreements with accredited introducers and very often using its consultants.

Many think that banks in electronic money (e-bank), are convenient but do not realize that their State still receives signaling the opening of a bank account and often NOT banks outside the European Union.

The safety of offshore bank accounts but also onshore (EU), is due precisely to the fact that banks are open in real, in United geo-politically stable, where there are no limits to the amount of the deposit that you can make and take, where Debit Cards are released and can be handled very easily with what we all know as home banking or Internet banking.

Being able to speak with the director of a real bank is by far very different from having to send an e-mail and having to wait a likely response, you also have the chance to speak with the exchange office and be able to interface with our brokers for any financial investments in the stock market; opens at the end all a different scenario from the one which would have us believe with electronic cash accounts, are not to be despised but they have their limitations.

The SHADOIT BUSINESS CONSULTANCY LTD, with its consultants and its partners, has-State relations in other states, gives the possibility of being able to secure their capital in non-European or European states still high banking confidentiality, thanks to current accounts offshore and onshore but above all, following completion of our task, all the documentation that you release will be destroyed immediately as also provided GDPR (European Privacy Decree 679/2016) following the destruction request data from the client.

All this will put you away from any tax or capital retaliation of its own and will ensure you do not want offshore bank accounts containing state your savings, not subject to European banking problems that are destroying the finances of the Member States with the various decrees saves banks.

You can get your bank accounts offshore very quickly, relying on an Internet Banking as the one you’ve always used, and a debit card for use in your state as Visa or Master Card with minimal costs, often below those present in the European banking institutions.

The SHADOIT BUSINESS CONSULTANCY LTD offers various types of intermediation for the opening of bank accounts offshore, from online bank accounts for electronic money but with banking license, to end up with current accounts in international investment banks.

Depending on your choice you will be performing, our professionals requiring you activate certain documents (passport is required) necessary to be able to allow a corporate or personal account.

For the brokerage service Conti Correnti Offshore Banking, if electronic money once the bank account opened and obtained accreditation from the financial entities, will be enough to pay ā‚¬ 50 (fifty Euros) to obtain the IBAN and Debit Card required to operate, with regard to current accounts at Bank Offshore Offshore Online Merchant Banks or Banks with significant monthly movements, it will be necessary for the payment of ā‚¬ 12.000 (twelve thousand euro) at the opening of the account that will remain the exclusive property your and will appear on your statement.

For any further information or questions, you can consult with CONTACT US and we will respond as soon as possible

Our consultants are at your disposal, if you are seriously interested not think about it and contact us