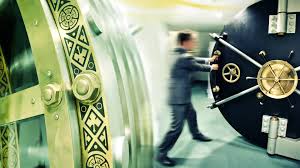 Obtaining encrypted bank accounts are an increasingly difficult goal to achieve, because governments have strengthened their bureaucratic apparatus to try to avoid this “anonymity” and meanwhile, banks give up much of the banking secrecy, under pressure from the same governments.

So, in this context, is it possible to open an encrypted bank account ?

Experts say that there is actually no such thing as an encrypted bank account, but the anonymity is given by the fact that some offshore jurisdictions protect, through legislation, the anonymity of customers bearing in mind that it is always important to clarify that before the presentation of a court order for illegal use of current accounts, the bank registered in that jurisdiction will hand over the information of the account holder.

There are legitimate ways to open an encrypted bank account and it is usually necessary to secure a corporate trust in another jurisdiction by becoming a partner in a business that operates financially and regularly for legitimate business purposes only, guaranteeing to the client and to the bank the ownership of the credit that is paid, the proceeds of which are usually assessed by the tax authorities where the company is registered and no one will be able to oppose the fact that you have legitimate foreign corporate affairs.

One of the so called Tax Havens most used in the world was Switzerland and other countries also in Europe, where there are so called “encrypted bank accounts”, i.e. the name of the holder is replaced by a number, so it works like an “anonymous bank account” but nevertheless, Swiss laws as well as those of other countries, require the bank to know the identity of the client (KYC), therefore, the idea of encrypted or anonymous bank accounts where nobody really knows who the client is is is quite articulated.

Banks defend their policy of “strict” adherence to bank secrecy by acknowledging that very few people have access to the personal data of the customer who holds an encrypted or numbered bank account and transactions are carried out under the anonymous bank account number, while the vast majority of bank employees never get to know the identity of the customer.

Very few people inside the bank, know the account holder who is generally identified by an acronym or a keyword, so the customer can be recognized by the bank using only the code and this situation, the other employees of the bank will not know who is the real account holder.

With this type of account it is possible to carry out practically all incoming and outgoing banking operations but no outgoing transfers can be made and withdrawals can only be made with debit cards, contrary to the OFFSHORE BANK ACCOUNTS, however it is advisable to use the same only for deposits and investments of a certain importance because these are considered SECURITY ACCOUNTS.

Generally, a minimum amount is required at the moment of opening, which varies greatly according to the bank and its location, and if you wish to receive a particular service from the bank, and therefore become part of the “private banking” clients, then the minimum amount to deposit will be very high.

In some countries encrypted bank accounts or anonymous bank accounts and banking secrecy are supported by the legal framework with the consequence that according to civil law, the contractual obligation between the client and the banker obliges the latter to secrecy of the former’s position.

Going into these laws, it is understood, that the decision to violate the banking secrecy belongs only to the client, since he is the beneficiary of the secrecy, with ciphered bank accounts, the bank cannot take such a decision even if in reality the opposite has happened.

With regard to encrypted bank accounts, it is true that the civil and criminal law includes a number of “causes”, namely, tax evasion and money laundering, which would allow the violation of bank secrecy, but often the loopholes in the law, and the approval of the various procedures for the exchange of tax information between different governments and banks, most information leaks are quite difficult.

Faced with this worrying reality, new alternatives arise to work with the advantages of encrypted bank accounts, namely relying on third party companies that will operate on your behalf or allow you to operate with sub-accounts to be able to receive and send bank transfers, make payments and send remittances to relatives and friends while remaining in an atmosphere of security and anonymity.

The solutions to make your dreams come true exist but, you must not improvise and rely on consultants with proven experience

Our consultants are at your complete disposal, if you are seriously interested do not think and contact us 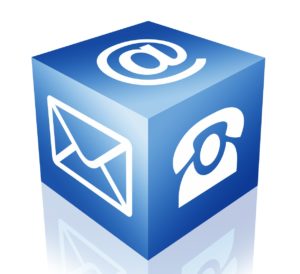