Towards financial recovery, a hypothesis that in this period has involved the world’s economies, bringing most of the financial sectors to their knees, allowing us to see that the longed-for recovery expected by most financial operators and many private investors for 2021, will almost certainly arrive late and will be very asphyxiated contrary to what was hoped

The bet made by the same governments to restart the financial systems, is failing miserably due to the shortage of vaccines caused by the same producers, but also due to lack of infrastructure (especially digital for Italy), low investment, shortages in the extraction and processing of raw materials, real interest rates that have increased instead of giving respite to the financial sector and the safe haven assets that at this time are suffering losses for 23% of their real value and making it difficult to believe the desired direction towards financial recovery.

According to our analysts, the economic-financial recovery will happen very slowly and it will take no less than ten years to return to normal pre-covid regimes, therefore not exactly revolutionary and profitable in the immediate future as many hope, and it is not necessary to be a prophet of doom to understand that the fate of the stock exchanges will certainly not be immediate, nor will it be able to generate rich earnings if they do not generate rich earnings, let alone generate rich earnings if there is not a very quick change of pace to reopen countries in lockdown and with finances now on their knees, but which are hoping for a direct path to financial recovery.

Countries such as the United Arab Emirates, which have always been major investors for private companies, states, projects in the innovative sector and many other resources in which to invest, have closed their doors, mainly financing their own local economy and drastically reducing the possibility for many economies to quickly recover and thus a difficult road towards financial recovery.

The problem for the old European continent has been created mainly by the lack of vaccines operated knowingly by a political operation carried out by Germany that has put in serious difficulty the manufacturer AstroZeneca that had begun to provide millions of doses for the population of European countries, which could quickly raise their economies by rekindling the financial engines, but that could also make the same Germany one of the tail-end of the European financial system, bringing to light all the problems always related to its production system.

With this strategic operation, Germany has earned billions of dollars to the German Pfitzer, placing itself exponentially as the best producer of vaccines, making the German government pocket taxes higher than it should, placing the country system with a level of unemployment certainly lower if compared to other states and avoiding a sure recession.

The world economies had to accept a decisive step back towards financial recovery and those who did not, had to pay a higher number of victims from covid contrary to China that has taken advantage of the situation by spreading masks, lung respirators, disinfectants and many other products necessary for the prevention and treatment from covid at prices significantly higher than even 50% of their commercial value, with economic systems operated by its manufacturers and brokers, in contempt of human life and mutual aid for humanity in these tragic and dark times. 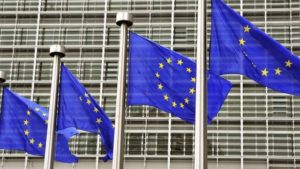 The world population has grown demographically in contrast to the many broken lives and the decimation of a generation of elderly people, but also social inequalities have grown hand in hand with a reduction in individual incomes making poorer even the famous middle classes always safe from possible catastrophic events of the financial world.

Central banks have worked to meet the need for monetization of public debts to try to revive a hiccup growth dictated by continuous lockdowns, failing to reverse the constraints of the various economies of the States and in particular, the European ECB has proved inadequate not being able to put fresh money into the economies of their countries because of the regulations that govern it and in contrast to what happened with the American FED, which has supported very adequately the finance.

However, flooding the world’s financial markets with money has not been the best choice made in order to head towards financial recovery, and on the contrary, it has led to the drowning of the various countries in liquidity and to the skyrocketing of public debts and their quotations, and at the same time, to the risk of increasing their instability where even the multiplication of open positions on derivative instruments has generated a great systemic risk that no one is seriously paying attention to.

To conclude, we must complete a picture that is not exactly rosy and we cannot avoid highlighting the insolvencies and business failures that will inevitably follow one of the deepest global recessions in a century, putting in serious difficulty a banking system that is now at the end of its rope and which could unleash panic among its clients and investors, blocking the road to global towards financial recovery.

Many financial operators and many state economists, to date, do not believe in such a major financial crisis for two simple reasons

1. because the great liquidity that sustains the markets could-with a little luck and good will-transform into a wave of new investments that in turn could fuel the recovery of employment and consequently the world economy

2. because that same recovery in some parts of the world (China, Japan and also U.S.A.) has already begun, making, at the moment, a vision of crisis less profound than what could apparently emerge

As a consequence of the liquidity congestion that drowns financial markets, interest rates continue to fall below zero and fears of devaluation of major currencies multiply, while corporate valuations continue to rise because there is more demand for investment than opportunities yet to be seized.

The latter two assumptions inevitably fuel innovation and technology startups, helping to fund infrastructure spending where only time will reveal the reasons for global stock markets moving towards financial recovery.