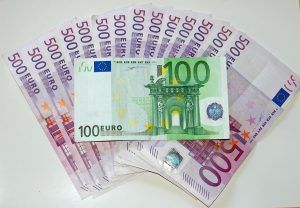 Too much money in current accounts, mainly due to the fear generated by the COVID-19, has led Italian citizens to make large cash deposits in banks, derived from the sale of real estate, always considered a safe haven

The panic we witnessed at the beginning of each lockdown, with the storming of supermarkets, was considered by us only the tip of the iceberg as the rest was happening on other fronts of greater importance such as the financial one, with the introduction of too much money on current accounts.

It is clear that the word “WAR”, triggered by politicians and top medical decision makers, brought back to the memory of many people the stories told by their grandparents who advised in case of adversity to be ready to turn real estate into fresh money and fresh money into valuables, useful in case of economic disaster or real war.

But this war to COVID-19 is not a war that can be fought with conventional weapons, but only with medical weapons and vaccines that, as much as they want to say, maybe they can really be the only way out of the path that points to the end of mankind.

In Italy its citizens have flooded with money their bank accounts for a total of about 17 billion euros, of which about 1500 billion are blocked and not moved in any way.

But the Italian citizen, frightened, and above all clueless in matters of finance, has not taken into account that by immobilizing his bank account he will see the total amount of his assets shrinking more and more due to inflation, the costs of maintaining a current account and above all the surprise that the Italian banks are preparing for the dormant savers as the lack of circulation of money will soon become a problem for the European Central Bank (ECB).

The European Central Bank, in order to be able to carry out an expansive policy in aid of European states, has had to introduce more liquidity by lowering interest rates to negative values, putting the Italian and European banking system in crisis, which must at all costs dispose of the money deposited in dormant or little-moved bank accounts in some way, in order to avoid incurring heavy monetary losses due to a real economy drugged by the virtual economy a very problem with too much money in current accounts.

In effect, our money is numbers stored in large processors, which is why there are two economies, the virtual economy and the real economy which is dominated by material money and which gives rise to liquidity in the real economy itself.

The ABI (Italian Banking Association), pointing out a little more than 1500 billion on accounts considered dormant or little moved, has highlighted the problem dictated by the maneuvers of the ECB to move the real economy, highlighting a real brake very dangerous for savers themselves, where the wealth “sterile” deposits obviously higher than small amounts that are around 100 thousand euros and up, generate in fact the cost of management bringing it to about 24 euros quarterly compared to pre-COVID-19 years.

Banks are beginning to advise their customers, at the urging of the ECB, to diversify their financial planning with medium and long term objectives, investing in profitable portfolios in terms of yield and putting money back into the financial markets, which in these months are subject to strong fluctuations but with minimal risks, contrary to what many may think.

What many people don’t understand is that keeping too much money in current accounts, now made non-interest bearing by unattractive interest rates that are almost zero, can only lead to a loss of about 18% of the value deposited.

The big problem is that Italians are a population of great savers but, contrary to many other European citizens more accustomed to financial operations, they always have a perception of risk that could lead them to monetary losses, not considering instead that in this way besides creating a damage to the real economy, they create it to themselves losing more or less the same amounts and not allowing themselves the possibility, also, of possible gains.

The banks, at this time have considered the forced closure of bank accounts with average balances that start from 100 thousand euros upwards for unmanaged savings with a unilateral amendment of their contract, using a legislative decree already in force since 1993 (385/93) and are providing to warn their account holders before giving course to an official communication. 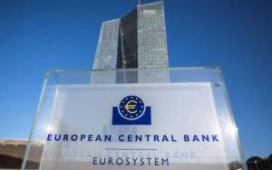 The objective is therefore very clear and that is, to force dormant current account holders to move their current accounts by injecting fresh money into businesses but above all into investments of various kinds in the financial sector linked to the real economy, avoiding keeping too much money tied up in current accounts.

Some banks are about to introduce a rather heavy commission for the retention of dormant deposits and others are beginning to think about commissions proportional to the amounts on deposit, while others are actively considering, the closure of such bank current accounts in a mandatory manner.

The advice of many economists is to reinvest the money on deposit, giving again an interesting boost to the real estate sector, which is now affected by a 25% loss of value, also by buying real estate at auction at very interesting prices, especially for an eventual immediate resale, or to invest in medium and long term shares, or especially in valuables, which certainly the central banking system (ECB) will not be able to hit.

This is a good time to be able to ask for mortgages, loans and anything else that may be of interest to Italian banks for a monetary diversification and an excellent opportunity for those who intend to invest, never as now we could see such a possibility.

However, the problem raised by the Italian banks has rendered a further service to the offshore banks with their current accounts, where there is no interest rate on bank deposits or it is so low as to make it practically null, where the account keeping expenses are often non-existent or so low as to make their service interesting and above all, not creating problems for those who intend to keep their economic resources frozen, especially by using the so-called “safe current accounts” or “ciphered current accounts”.