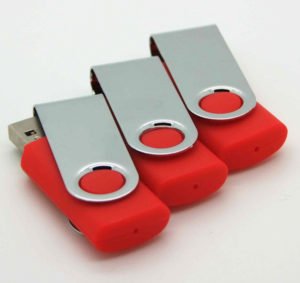 THE FIREWALL ROUTER OPNSENSE made available by SHADO GROUP srl with the kind collaboration of the technicians of the partner companies, has been developed for network systems, using the open source technology of the GNU/Linux world, bringing the software on different hardware devices ready for use immediately after a first, simple configuration.

The Internet is full of malicious people who try to take advantage of unsafe networks and devices and the growing demand for infrastructure protection, led us to consider a solution that could be simple to use but powerful and above all economical, making us focus on the FIREWALL ROUTER OPNSENSE very useful for families.

We have often witnessed internet line managers telling customers that their line was saturated and that they could not do anything to solve the problem, not investigating the fact that the saturation traffic could not be generated by the customer but by sneaky attacks aimed at ports not protected by their routers and their networks, putting the customer in the position of finding himself with an internet line slower than an old generation modem and above all the possibility that his data could be fraudulently stolen or completely destroyed with often irreparable damage when it would have been sufficient to have the FIREWALL ROUTER OPNSENSE.

Although corporate and government targets may be the main targets because of the valuable data they hold, home users still need to be cautious.

Phishing attacks usually via email are the most common attack for home users.

Fortunately, these attacks are usually easy to avoid by cautious users who don’t blindly click on every attachment and web link contained in their emails.

However, malicious activity is becoming increasingly common with consumer routers and Internet of Things (IoT) devices, which many users have on their home network that are easily prevented with the use of FIREWALL ROUTER OPNSENSE.

Software and firmware updates for routers and IoT devices are often overlooked by users, due to lack of awareness and/or lack of technical ability to apply the updates.

Many routers provide intrusion detection as an additional security feature.

Routers typically have built-in firewall capabilities and there is a growing trend to also include intrusion detection and intrusion detection can be used in conjunction with the standard firewall on the router and provides an additional layer of security that only the FIREWALL ROUTER OPNSENSE can give with ease.

Intrusion detection can be thought of as a set of indicators/rules that can be used to alert or block specific types of Internet and network traffic.

This could be potentially suspicious or dangerous traffic or other unwanted traffic on the network (such as peer-to-peer or tor traffic).

The robust and reliable update mechanism gives the FIREWALL ROUTER OPNSENSE the ability to deliver important security updates in a timely manner.

The FIREWALL ROUTER OPNSENSE is an open source router software that supports intrusion detection and once enabled, you can select a group of intrusion detection rules (also known as rule sets) for the types of network traffic you want to monitor or block.

Rule sets can be periodically updated automatically so that the rules remain more current and some rule sets are free while others require a subscription.

For home users, the free rules should offer reasonable protection.

Fanless mini-PCs are great for this purpose as they are small, quiet, energy efficient and have 2 to 6 Ethernet ports on them brilliantly supporting the FIREWALL ROUTER OPNSENSE, and you will need
at least 2 ports since one port will connect to your modem and the other to your LAN which is most likely a network switch so you can have multiple ports.

Also, you might want to choose a device (microprocessor) that supports AES-NI if you plan to use encryption-intensive features such as a VPN server, otherwise, you will be setting a heavy load on the router and potentially slowing down network throughput.

Our technicians offer the FIREWALL ROUTER OPNSENSE already installed on USB PEN DRIVE, SD DRIVE, SSD DRIVE, DISK VIRTUALBOX and on mini computers ready and configured that only need to be connected between your router and your company or home LAN network.

The use of this product secures the data of all those who use an internet line, allowing only the traffic useful for normal activities but blocking any external attempt of intrusion to your systems.

We list some of the interesting features of the FIREWALL ROUTER OPNSENSE, useful for both the family and for the professional, up to be able to meet the needs of a Small Medium Enterprise:

For home use, simply configure the WAN and LAN interfaces of the two network cards on the FIREWALL ROUTER OPNSENSE, and assign a static IP to both the WAN and LAN to be immediately operational and protected from unwanted intrusions. 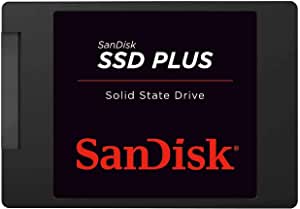 All other features present in the FIREWALL ROUTER OPNSENSE can be optionally used after a study of the documentation for the simple use that is usually intended for professionals and companies.

The solutions proposed by our technicians have been aimed at optimization and economy, taking into account the use of an old computer with a 64-bit micro processor and two network cards, allowing anyone to be able to protect their infrastructure, or the possibility to install an ORACLE-VIRTUALBOX virtual machine on your own computer and use the FIREWALL ROUTER OPNSENSE on a virtual disk, allowing an incredible saving on the cost of hardware, up to the professional or the Small Medium Enterprise that has the possibility to buy a dedicated equipment with the product already installed and configured at a basic level.

Installation on: SD card, USB PEN, SSD or CF with a minimum of 4 GB, use nano images for installation whose cut-off however is always 32 GB.

Reasonable specifications to run all the standard features of the FIREWALL ROUTER OPNSENSE, means that every feature is functional, but not with many users or high loads (about fifty client PCs).

Installation on: SD card, USB PEN, SSD or CF with a minimum of 4 GB, use nano images for installation whose cut anyway is always 32 GB.

The recommended specification to run all standard features of the FIREWALL ROUTER OPNSENSE means that every feature is functional and fits most use cases.

Installation on: SD card, USB PEN, SSD or CF with a minimum of 4 GB, use the nano images for the installation whose cut however is always 64 GB for SD, USB PEN, CF and 120 GB for SSDs

The system can be offered or complete with a PC running GNU/LINUX SERVER with a SSD disk containing the FIREWALL ROUTER OPNSENSE, two hard drives of adequate size placed in mirror to safeguard your data, or we can install the ssd disk directly on your machine that will be equipped as a server for memory and cooling systems and always has at least two disks that will be placed in redundant mirror for greater security.

The server can also be used to take advantage of other services not included in the FIREWALL ROUTER OPNSENSE package:

Email server with email storage features to keep them forever

Automatic nightly backup of your data on an external USB disk and remote transmission of previously saved data.

If the PC was provided by you, can not have less than 2 network cards and a minimum of 16 Giga bytes of ram with a cpu (microprocessor) not less than an I3 Intel, this is to provide you with maximum performance in any situation of workload.

You can choose between cost-effective solutions: