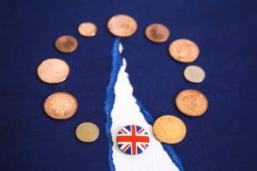 BREXIT, a victory for many Britons who had on several occasions shown their lack of interest in remaining linked to the European Union

BREXIT, a victory for the United Kingdom, which is running to become the next real tax haven, accentuating all the financial strength on the safe and friendly countries linked by the Commonwealth Pact that unites the former British colonies of which most recognize the Queen as Head of State.

It is true that many Commonwealth nations are now independent republics with a parliament that legislates and independent administrations, but still remain united with the royalty of England recognizing the Queen of England as the head of the Commonwealth itself and not as head of state, but allowing trade and financial exchanges within the various states, especially strengthening the financial and economic power of Britain.

The Great Britain that all the European States felt was heading towards an abyss without salvation, today, they are beginning to highlight their weaknesses by losing 16 billion euros of European funding and no longer being able to blackmail the British State by trying to force it to accept non-EU immigrants illegally from African states and trying, as in the past, to weigh their decisions on Britain.

With the BREXIT a victory, England, already financially independent because it never wanted to adopt the Euro and the imposition made on many other European states thanks to the financial strength of its markets and the Bank of England, which has always continued to print the Pound or Pound autonomously, gave a shoulder to the wall that had been artfully built by the European Union, freeing itself and returning to being a sovereign state and always well administered.

The European defeatists, foreseeing the great risk of a recession of the EU member states and fearing for the loss of power in trade, had tried in every way to dissuade England from separating from the rest of Europe, going so far as to bring about a change of pace with the entry into play of Prime Minister Boris Johnson.

But England, strong with its own currency, its own industries and its own exports not only on European territory but precisely in the Commonwealth territories, has been able to give the right answer by bringing complete sovereignty back into its own state.

The economy is solid and finance will not back down and the United States of America will also have its eyes on the British island, which is already starting to think of becoming Hong Kong close to Europe, with agreements with Malta that would have guaranteed the supply of primary materials even in the event of a No Deal.

With the BREXIT, a victory and the English people, the flag drop in Brussels took place in a very discreet way, the sign of a historical separation of England from the European Union, where the twenty-seven States that are part of it have negotiated an agreement that provides for a transition period but defeats the strength of the European Parliament of the centre-left, unbalancing it towards the now majority forces of the centre-right.

But the BREXIT a victory that will bring consequences in trade where agreements will be renegotiated, including those relating to immigrants in the United Kingdom who work normally and waiting to obtain a stable residence, the passports that will be needed to enter and leave the United Kingdom and will almost certainly involve a huge movement of money and relocation of companies lured from a nearby area with low taxation and not problematic cash movements as is the case for some European states,

The fisheries sector will also remain safeguarded and will be able to continue fishing in Community waters and vice versa, and during the transitional period, the British banks will be able to continue to operate on the continent, which has prevented an exit without agreement, the NO DEAL, where in return the United Kingdom will continue to have a minimal share of the European budget.

There will be a kind of partnership between the United Kingdom and the European Union, to allow agreements and negotiations that do not lead to trade chaos and crowding at European and British borders.

The British project to transform the island into a welcoming centre for international finance and European businesses is what scares the 27 European states the most, but it must be borne in mind that if it is not a friendly country like Great Britain to do so, there are other states in the Eastern bloc such as Croatia, Albania and Romania, which, while aspiring to future membership of the European Union, are already making currency transfers and business relocations as well as pensioners like Portugal.

The future for the United Kingdom is still to be written and the BREXIT can be considered a victory for the British people who have been able to react to the pressures of a Europe of bankers where even Italy has succeeded, thanks to a boorish left centre and a right centre with no solutions and only announcements, to enter the spiral of economic subordination without batting an eyelid by means of the ESM which will lead it over time to a default on a par with Greece ten years ago if it does not immediately start a change of course which, we hope, is not already late.